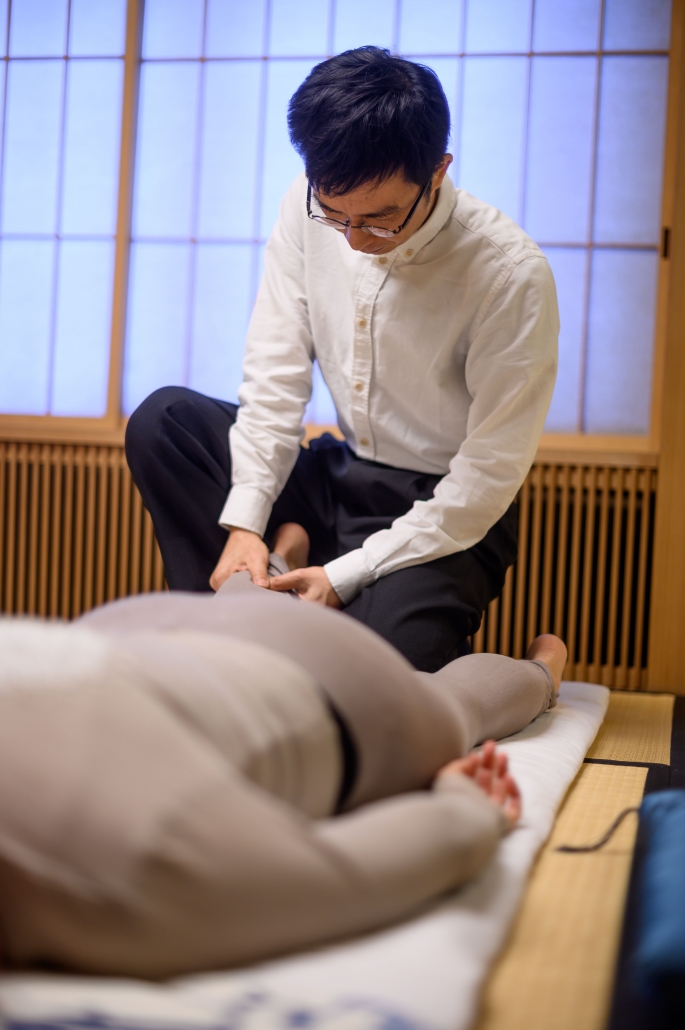 Although it is rarely known even among the Japanese, the source of Seitai (literally meaning “balanced body”) dates back to the early Showa period.

During the Second World War, many young people were drafted, which meant that the various theraputic practices that were usually passed down throughout the generations of Japan, lost their successors and were on the verge of extinction.

The few masters that were left were afraid the skills involved in these various therapies would be lost, so they came together and selected the most effective techniques, combining them into one method to leave to a successor.

This is where the Seitai method today derives from. Since the techniques combine the essence of various other healing therapies, it still managed to survive till this day.

I follow the teachings of “Imoto Seitai”; a practice which was developed and passed down by Kuniaki Imoto, who became a gifted disciple of Seitai from the age of 5 under his father, Yoshio Imoto. The master, Kuniaki Imoto is said to have demonstrated his talent from childhood.

Kuniaki Imoto went on to teach acupuncture in Europe during 20s and studied western medicine in Switzerland and Germany. After returning home, he continued to teach and practice Seitai in Tokyo and Yamaguchi and is still doing so today.

During this time, he attended an international conference on alternative medicine, and obtained his Doctor of Medicine degree. He has been sharing his techniques with the public in the belief that “the techniques will not develop if I bring them with me to my grave”. Through working in clinics for nearly sixty years and observing how the human body works, he was able to come up with an accessible theory, which students could easily understand, to pass on the techniques. He called it “Human Body Dynamics”.

Imoto Seitai includes not only hand techniques but also “Self-treatment Techniques”, such as the Seitai Exercise (the Human Body Dynamics Exercise) and the “Hot Moist Towel Method,” which stimulates self-healing. It is a technique that keeps on changing and evolving even to this day, following the changes of a person’s body as they go through different phases and stages in their life.